[German version]Two days ago I wrote about testing a x86 port of Ice Cream Sandwich (Android 4.0) within Virtualbox. In part II I will show a 2nd ICS port for Virtualbox, that came with extended hardware support.

The Android-x86 image for Virtualbox I used here for testing runs within a VM (if the host supports VT-X). But the current build doesn't support mouse integration nor network connections. Within my blog article I also mentioned another project of a japanese guy, that came with detailed instructions how to build your own Virtualbox image. Unfortunately I wasn't successful till now to do that at my own. It was no problem, to set up the build environment on my Virtualbox Ubuntu 10.04. But syncing the ICS fork was terrible slow – I needed to restart sync a couple of times – and at least I run out of space in my Ubuntu virtual disk (sync tries to download GBytes of code from Google servers).

Revisiting this japanese site showed me, that the guy made an update. On the added page he also offered a download address for his Virtualbox Android x86 4.0 ICS port. After downloading the file ICSimage.vdi it took only a few seconds, to integrate it into Virtualbox 4.1.6 portable and launch the VM. Well, here is the ICS desktop shown after successful boot. There is no lock screen, as it was the case with the build I used in part I of my test drive article. And a mouse pointer is visible as well. 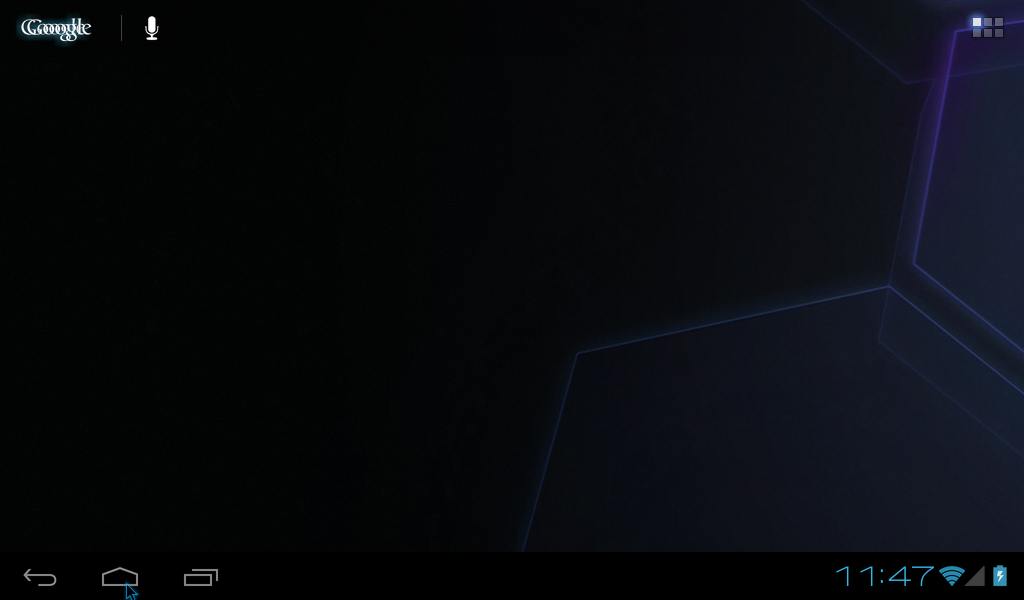 Here is the app page, I called, using the icon in the upper right corner of ICS desktop. 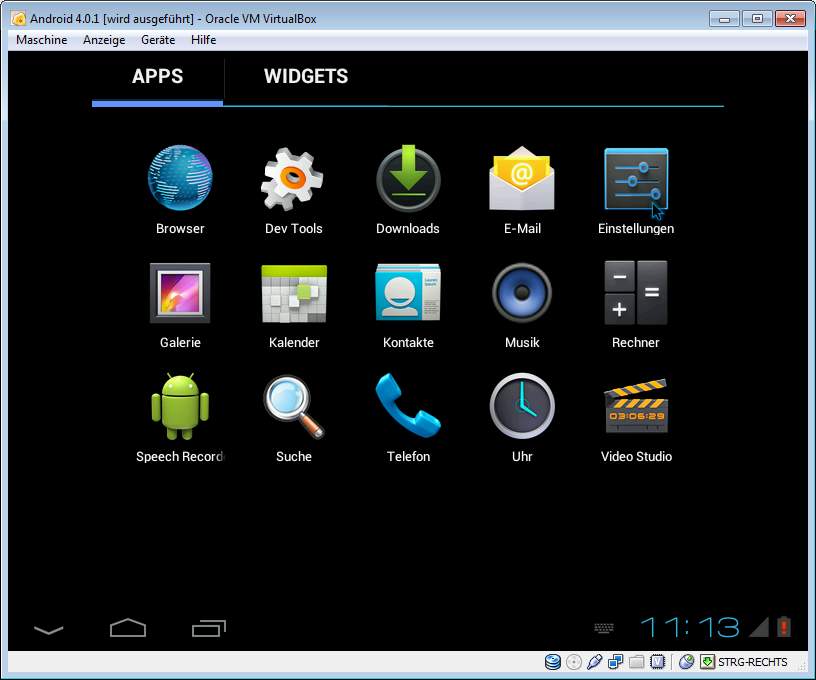 Using the settings app I was able to change language and time zone settings to German and West European time zone. 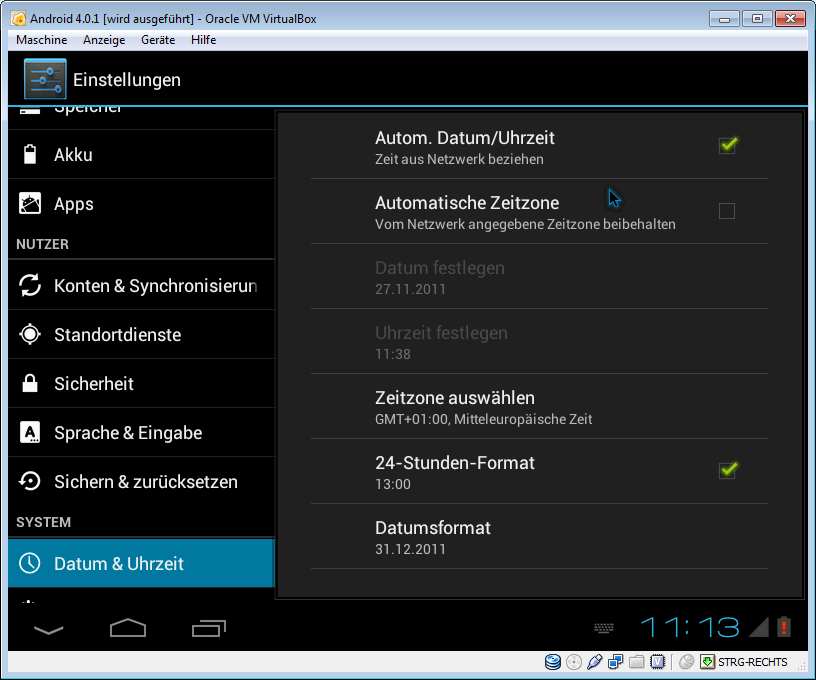 There are serveral options to navigate between different desktop pages: Either just drag the screen with the mouse to the left/right – or use the cursor keys (left, right). Also the mouse wheel will do the job. 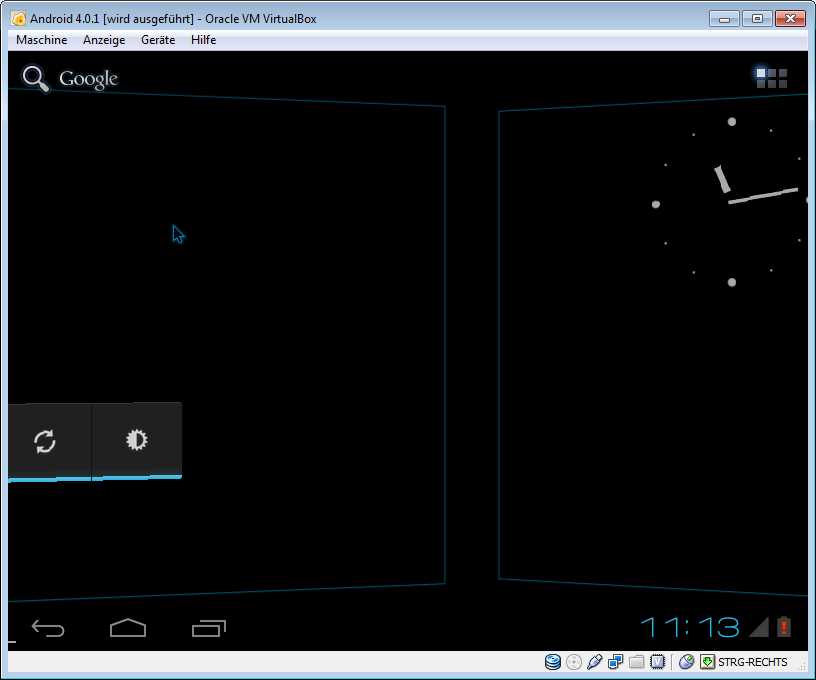 If the APPs page is visible, you can also switch to different widget pages, using the same techniques (mouse drag, mouse wheel or cursor keys). 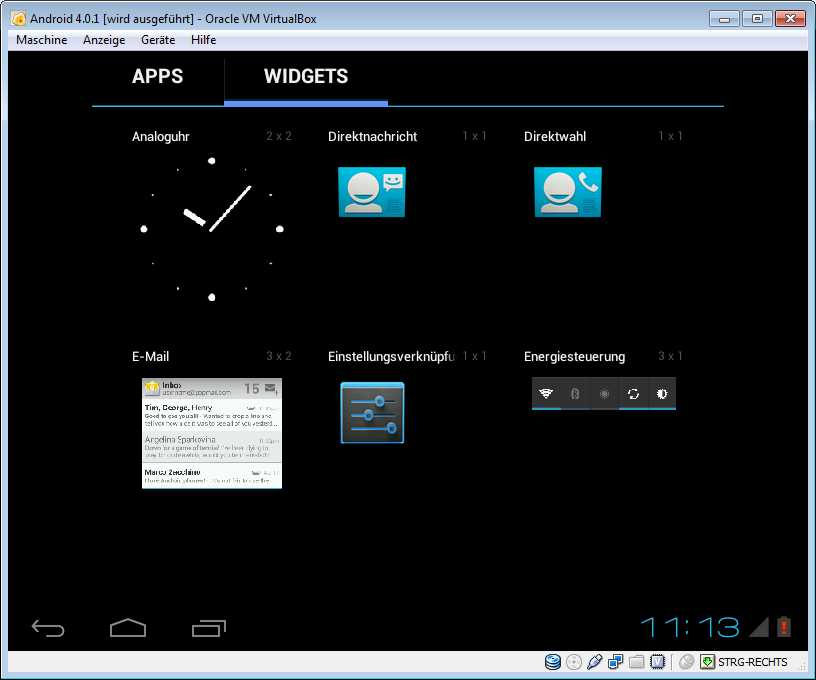 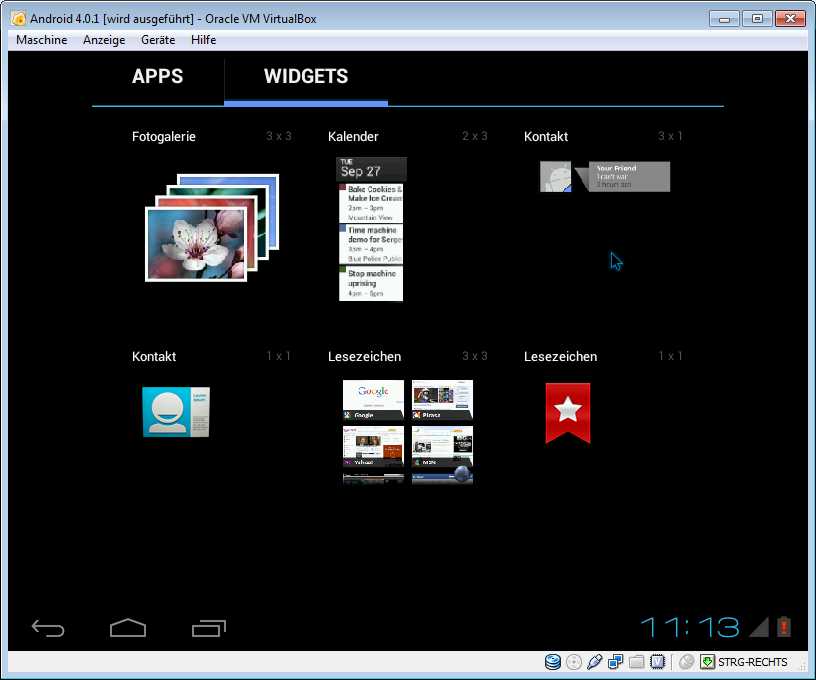 I somehow managed to invoke this menu to change the desktop background – but at least I can't figure out how I did that (stuipd – I was never able to invoke this screen again). 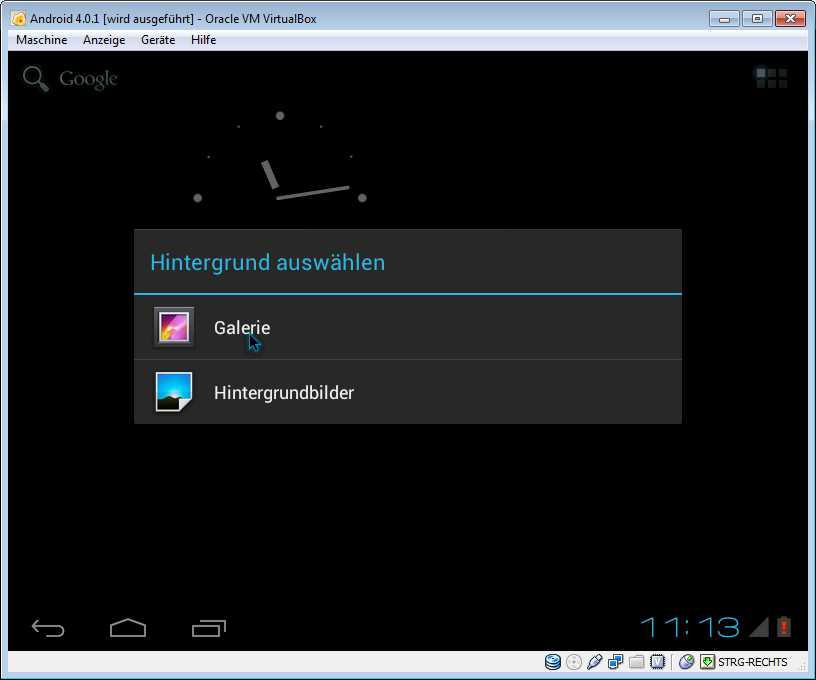 Well, the best thing: network is supported, so I was able to use a browser and visit some websites. 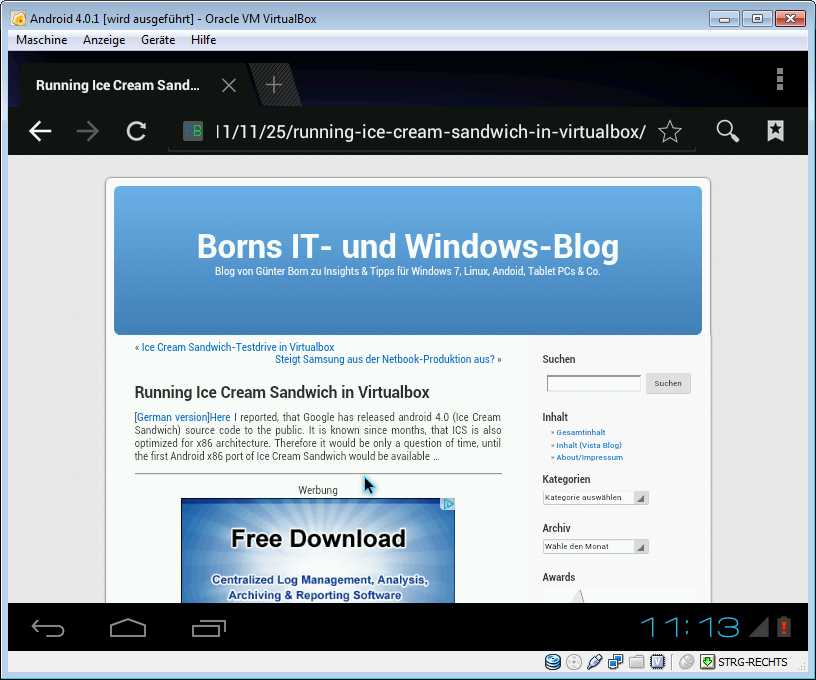 Sadly Youtube videos are not really supported yet (because ICS doesn't come with Flash player I guess). The best I could get was a preview screen. 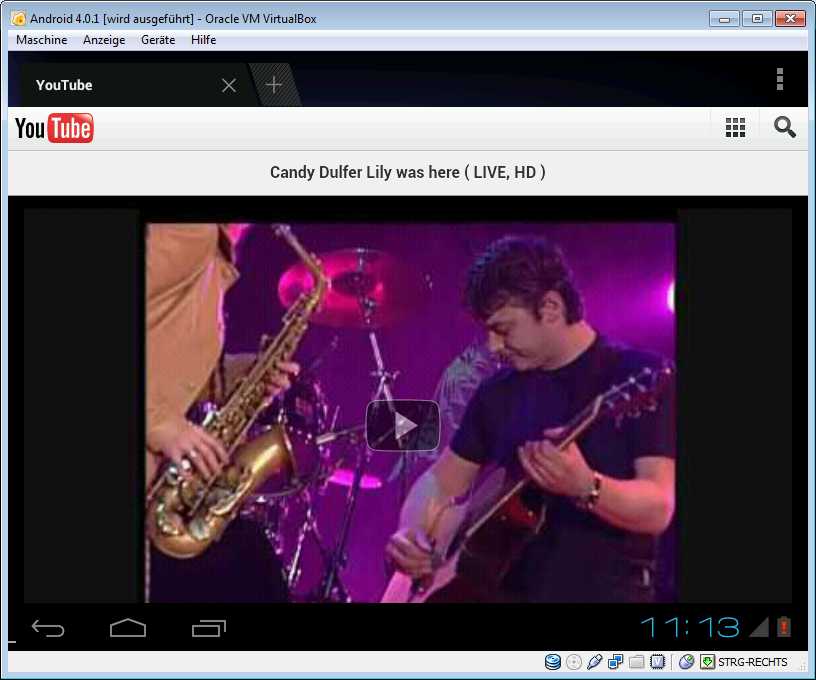 Also it's not possible to mount an SD card (as the japanese guy wrote on his web page). So downloading images, .apk-files and videos isn't supported yet. A youtube video made by the japanese guy may be viewed here.

I also tried to download apps from google market. I was able to access the market and enter my credentials. It was also announced that the app "will be downloaded shortly". But somehow I didn't manage to get the app – will inspect that issue later on.

Overall, the Virtualbox ICS build made by these japanese guy is nice work for a first test drive – thumbs up! But still it needs some fine tuning to be useable for practical approaches. I will wait, what Android-x86.org project will keeps in stock – guess, we will see a port for Eee PC within the next few weeks.