Ice Cream Sandwich (Android 4.0.1) has been ported to x86 platform. It’s still a first developers build, but suitable for experimenting with Android 4 on netbooks. In this article I discuss, how to install Ice Cream Sandwich (ICS) on a SD card and run it on a MSI Wind U100 netbook.

Here I’ve already blogged about running ICS as a live system on a MSI Wind U100. This blog article also contains all instructions to download a developers build of Android x86 4.0.1 (I uses android-x86-4.0-asus_laptop-20111209.iso for my purposes) and bring it as a live system on a USB thumb drive. But at least my intension was, to install ICS on a SD card and keep data and settings during reboot. This was mandatory, because the netbook’s hard disk contains Windows XP and Windows 7.

How to install ICS on a SD card?

A major problem was to install ICS on a SD card. First I tried to boot the .iso file in a virtual machine (I’ve tried Virtualbox and VMware workstation), mount the SD card via an USB reader and tried to install it on that device, using the command “Installation – Install Android-x86 to harddisk” (see image below). 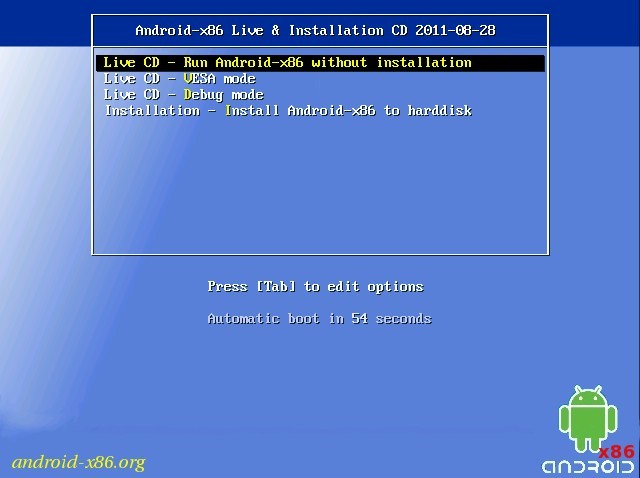 But I failed – either the SD card wasn’t mountable or the install process wasn’t successful. Then I tried to use the same approach on my Eee PC 701 G. I connected the USB stick containing the ICS live system to the netbook, inserted the SD card in the reader and booted from USB stick. But I wasn’t able to to run the install on the SD card successful. I guess it has something to do that Asus Eee PC 701G doesn’t have an atom processor – but I’m not sure.

After two failings, I installed Android 4.0.1 within a virtual machine (using VMware workstation) on a 4 GByte virtual hard disk. Then I booted a 2nd virtual machine with Ubuntu, mounted the virtual harddisk containing Android 4.0.1 and mounted also a SD card via USB port. Then I invoke a terminal and copied the contend of the Android hard disk to SD card, using the following commands:

The device names (sdb, sdc) are reflecting the devices recognized in my virtual machine. The image copied to the SD card was bootable in my MSI Wind U 100 netbook at least. But I have had another problem: Because the whole system runs from a SD flash memory, it was terrible slow and practically unusable.

At least I tried a last attempt. I inserted a FAT32 formatted 4 GB SD card, and booted the MSI Wind U100 netbook, using the USB stick with ICS live system. Then I used the command “Installation – Install Android-x86 to harddisk” (see image above). Afterward I was able to select the SD card as install target and proceeds the other setup dialogs. The trick was, to format the SD card (sdb1) in fat32 (ext3 won’t work, see also). 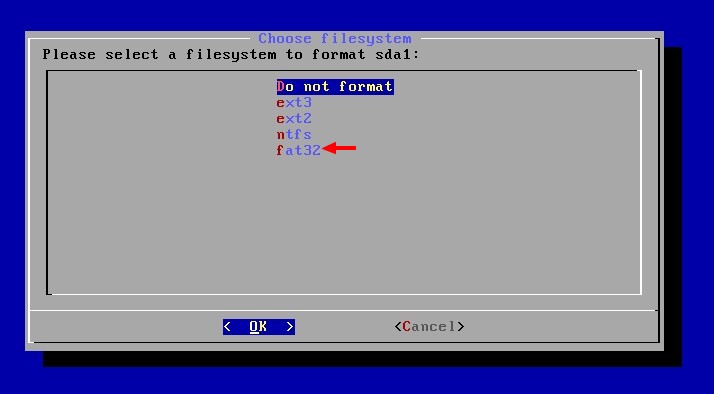 I used also the option to create a 2.048 MByte fake SD card on the install medium. After I completed the installation, the SD card was bootable. Here is a short video, demoing how to boot and use Ice Cream Sandwich on a x86 netbook.

Of course, the developers build isn’t full functional. Webcam, Sound and energy savings doesn’t work. If the netbook isn’t used for 10 minutes, the desktop stalls and android falls back to console mode. But for experimenting with Android x86 Ice Cream Sandwich, this solution is sufficient. WiFi works, Google market is accessible, and many apps are working.