[German version]Microsoft announced recently, that Windows To Go (Windows on USB-drive) will only supported in Windows 8 Enterprise. But I was eager – so I decided to give it a try. Will Windows To Go still works with Windows 8 Release Preview, Windows 8 or Windows 8.1?

I may confirm, Windows To Go was "out of order" for me since Consumer Preview – too buggy and too limited. For instance, the graphics resolution was detected wrong on my netbook/slate – but I wasn't able to install graphics drivers in Consumer Preview. Also selecting a compatible USB 3.0 thumb drive was a challenge. With Release Preview in my hands I decided, just give it another try.

Create your own Windows To Go

Although Windows 8 Release Preview doesn't support Windows To Go by tools, it takes only half an hour to create a bootable USB thumb drive (I used a slow virtual machine – on a real machine, it might took only a few minutes). What we need is either a USB 2.0 hard disk or a compatible USB 3.0 stick [b]. And we need an iso-image of Windows 8 setup DVD.

We can create Windows To Go either by hand (using DISM and diskpart) or using Portable Workspace Creator. I've discussed both approaches her [i, e, f] – whilst I prefer the method discussed here [i].

Because the articles, mentioned above, are written in German, I've published a few English articles. Here and here are the steps to create Win To Go manually. And here are a description, how to use Portable Workspace Creator. Because Windows 8 Release Preview isn't shipped with PWCreator.exe, you need to ask a search engine of your choice. I've discussed here [i], how to add PWCreator to a new Windows 8 Build.

For my experiments I used Portable Workspace Creator. That allowed me to use a virtuael machine and create a Windows To Go installation with a few mouse clicks.

Booting Windows To Go – and a surprise

After creating my USB 3.0 stick, I booted on a netbook (MSI Wind U100). Function key F2 invokes BIOS boot menu – and I was able to select the USB  drive als boot media. During first launch, Windows To Go configures the devices and restarts a few times. Afterward you need to process steps to set up the system configuration (user account, computer name, WiFi access key). By the way, surprisingly Windows To Go doesn't asked for a product key. Later I was notified, that Windows 8 recognise a problem with my "product key" – but I was able to use the OS further.

After booting Windows 8 To Go sucessful, I logged on and went to the Windows desktop. As noted in [g], a Microsoft Basic Display Adapter driver was installed. And this driver allowed a maximum screen resolution of  800 x 600 pixel (which was wrong, because the notebook supports 1024 x 600).

I opened device manager, navigated to the graphics driver property page and the to the driver tab. With update driver I was able to download and install  a Mobile Intel 945 GM Express Chipset-WDDM-driver.

How to enable metro on a 10 inch netbook?

The new graphics driver supports just 1024 x 600 pixel screen resolution – not enough for metro apps. Microsoft decided to set the minimal resolution to 1024 x 768 pixel (so 3 to 5 % of the netbook user base won't migrate to Windows 8).

But I've uses a registry hack to extend graphic resolution in Consumer Preview to 1152 x 864 pixel. 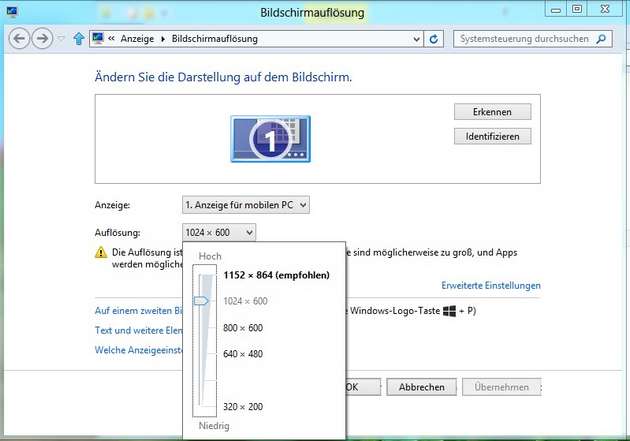 The trick is discussed in [h] – just search the registry branch

for DWORD value Display1_DownScalingSupported and change it's value from 0 to 1. After restarting Windows 8, a screen resolution of 1152 x 864 pixel is selectable. Afterward I was also able to use metro apps on my netbook.

Below are a few images, I took from my netbook running Windows To Go. 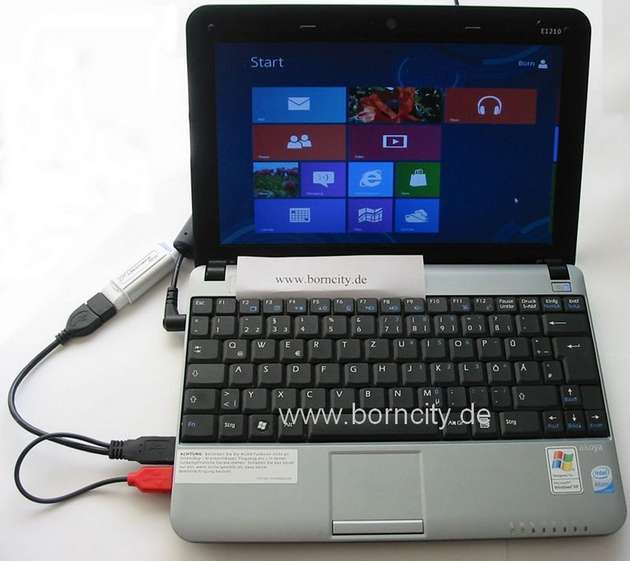 10 inch netbook with Metro and Windows To Go 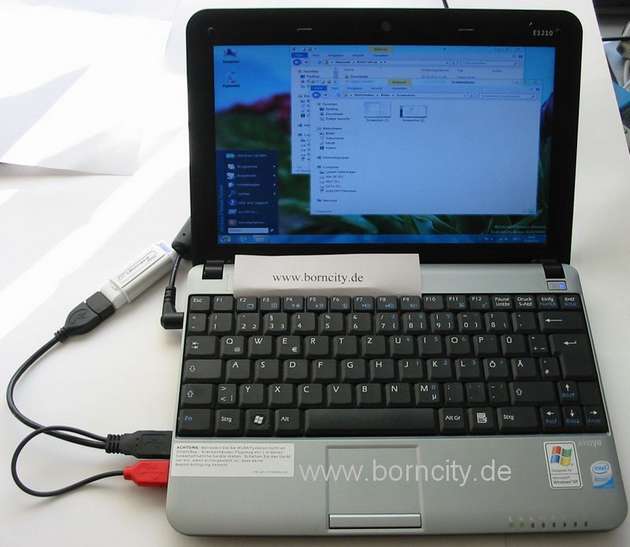 Desktop with start menu in Windows To Go

And what's with slates?

Just for curiosity I took the USB thumb drive and mounted it on my WeTab Tablet PC (Petragon/Lucid slate). I've modified the boot process [k, m], so I was able to boot into Plop boot loader, select the USB stick and let Windows To Go booting. Most devices was detected properly during first boot. After login I was greeted with the following meassage. 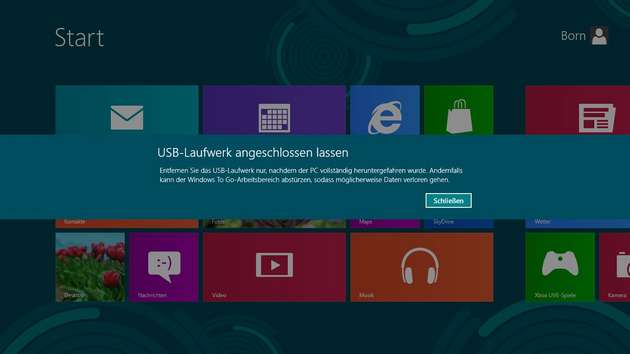 Obviously it isn't allowed to remove Windows To Go USB stick during a session. The graphic resolution was detected properly and the slate was working. Below is my WeTab Tablet PC with USB 3.0 drive and Windows To Go. 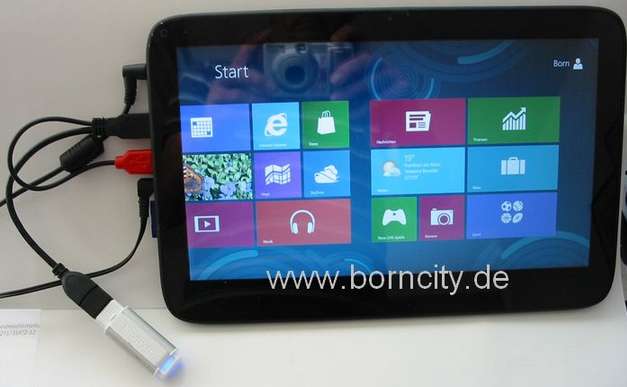 WeTab Tablet PC with Windows To Go on USB 3.0-Stick