[German version]Here I have described, how to create a Windows 8 To Go installation on a USB hard disk. The solution had a few disadvantages. First of all, it requires an old Windows 8 Build (I used Portable Workspace Creator, which was removed from Build 8102). And I wasn't able to test my procedure with an 16 GB USB thumb drive,  because the minimum is a 32 GB USB memory stick. Now I found a simpler way, to bring the Windows 8 Developer Preview as Windows 8 To Go-Version to a 16 GByte USB-Stick (work's also with USB hard disks).

My first approach was, to install Windows 8 in a virtual machine, using a 16 GB virtual disk. Then I tried to clone this virtual disk to a 16 GB USB thumb drive using the Linux-Tool GParted. But I failed, because GParted terminated during copy operation with errors. The USB memory stick was bootable, but Windows 8 couldn't load.

One other idea, I have had, was: create a 350 MB boot partition and a 2nd 5,3 GB Windows partition using GParted and format that as NTFS drives (diskpart won't support that). This approach offers the possibility to use the WAIK (Windows Automated Installation Kit)program imagex.exe to copy the Windows files to the 2nd Windows partition. But I also failed. 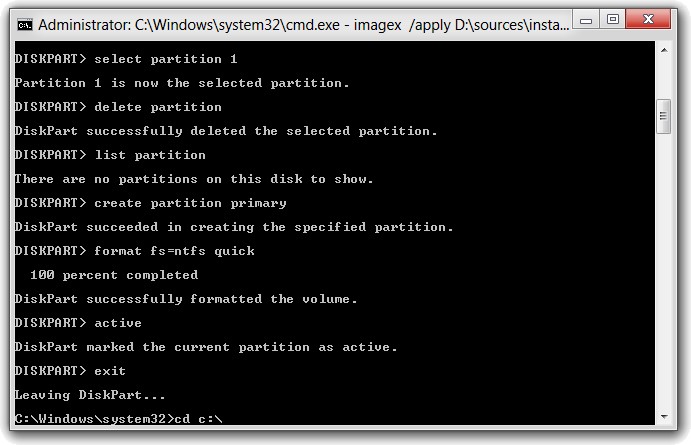 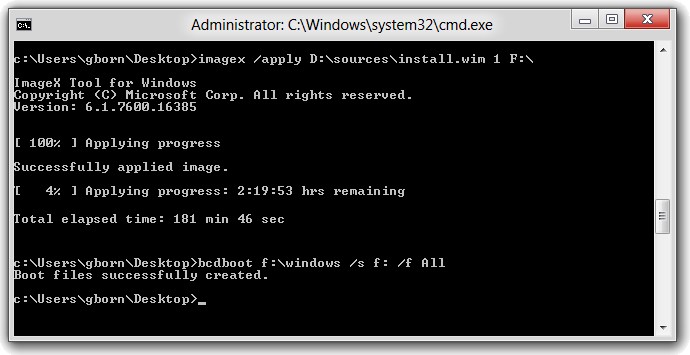 To force a boot from USB memory stick (pen drive), it is required to invoke the BIOS boot menu (pressing a key like ESC, F8, F11, depends on BIOS version and vendor) and select the boot device. After selecting the USB media as boot device, Windows 8 should boot and starts configuring the system. The screen below shows the setup page to enter the computer's network name.

Remarks: Using the steps described above brings Windows 8 Developer Preview to a 16-GB-USB thumb drive (or a USB hard disk) as Windows 8 To Go. The advantage against my 1st solution: we don't need a Windows 8 Build containing Portable Workspace Creator, and we can keep existing partitions on a USB hard disk. The disadvantages are: We don't have a 2nd partition "system reserved", that is needed to set up bitlocker.

For my tests I have had only a 16 GB USB 2.0 thumb drive. I was able to boot my system with this memory stick. But the solution wasn't really useable. Whilst I was able to use my USB 2.0 hard disk with Windows 8 To Go in a reasonable way, the USB 2.0 thumb drive took a long time to boot – more than 5 minutes – and setup the system for the first time. After entering the password in login screen, I waited 10 minutes. I could see activities on the USB thumb drive, but I still have had a black desktop with mouse pointer – and no start-screen. This is too long and I terminated my test.