A few days ago I've blogged here, here and here about Android-x86 ports of Ice Cream Sandwich (Android 4.0) running in Virtualbox. In XDA developers forum I found a question, how to run ICS x86 in VMware player/workstation. Good question. Although there is no .vmdk version of ice cream sandwich out yet, I managed it – and I will show the steps how to do that below.

Searching the web brought no result – neither a ice cream sandwich .vmdk image nor a how to brew your own ics version for VMware player. After thinking a bit, I begun experimenting.

After installing Virtualbox and downloading the ics vdi image file, we need to convert this file to a VMware .vmdk disk. The steps how that can be done in a comfortable way are described here.

After processing the steps above, a VM with ice cream sandwich should be configured. All you need to do is: select the VM and launch it. After a few seconds the VM should boot and 5 to 10 seconds later the ice cream sandwich look screen should be visible. Just drag the closer to the right border to unlock and have fun. 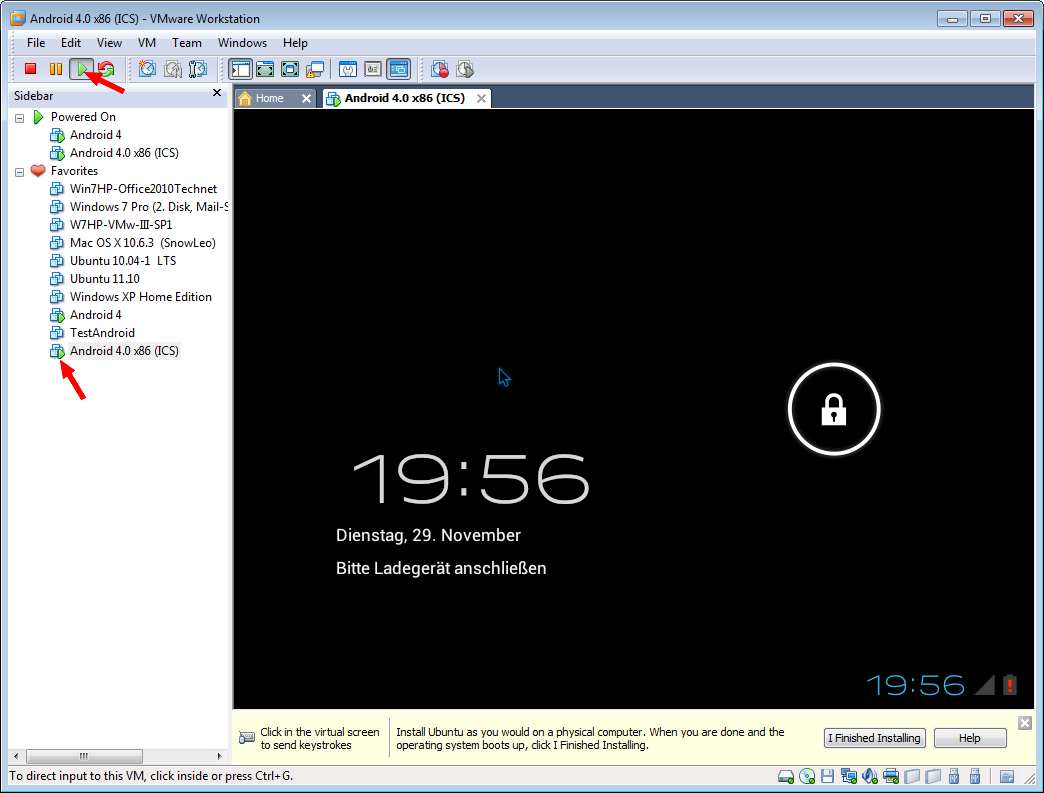 Notes: If boot stalls with "init: cannot find /system/bin/servicemanager", something with the integrated disk went wrong. I've had this issue after converting my .vdi file to a .vhd file. Then I edited the VMware config file and changed the SCSI controller to IDE controller (see here). If I converts .vdi file to .vmdk disk, this error doesn't occur.

Also VT-X support on host is mandatory to execute Android x86 ICS in a virtual machine (VMware or Virtualbox). I don't know why this is mandatory. But today I was in contact with VMLite developers. They told me, that a .vdi image with ice cream sandwich x86 bootet on a host with VT-X support, although VT-X was disabled in options (see screenshot below). The same image won't run on a host without VT-X support. 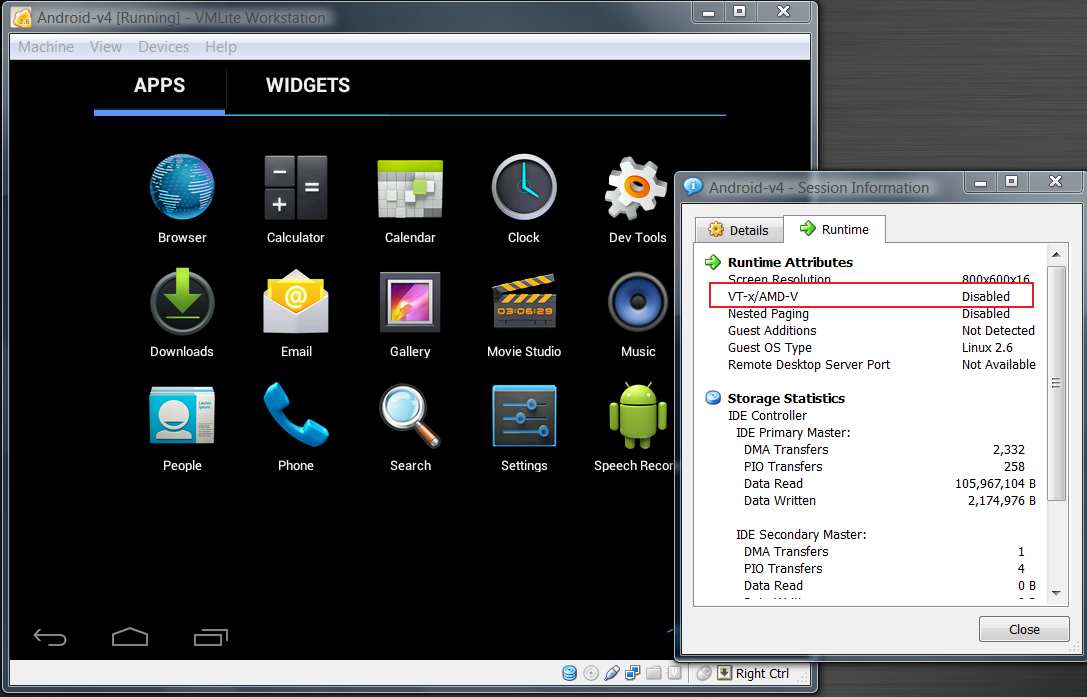