In [3, 4] some people mentioned, that only the GUI of Windows Features will check a CPU’s Hyper-V support. If that isn’t available, activation of Hyper-V-Platform will be blocked (grayed out). But there should be a way, to add this feature using DISM – and afterward Hyper-V-Platform should be useable…

After André from WinVistaSide.de left a comment about this topic, I decided to try a proof of concept. I was eager, to see, how Hyper-V will work, because I haven’t a computer with a SLAT supported CPU anymore. A Dell Inspiron One 2330 with Intel iCore i7-CPU, I’ve had for test purposes, was send back to Dell a while ago. Currently I’m using a system with Intel Q8300 Quad Core CPU, that supports Intel VT-X.

Because this machine runs with Windows 7, I created a 64 Bit Windows To Go from Windows 8 Release Preview [1]. Then I booted Windows To Go, went to Windows 8 Desktop and entered the administrative command prompt (via hover “Start” button). Then I activated all Hyper-V features using the following command:

After reboot, Windows 8 worked again. I tried that twice, always ending with a black screen. Once I tried to boot with F8 in secure mode. I was able to see the secure desktop and in Windows features I could see, that Hyper-V-Platform was activated. And I was able to invoke Hyper-V-Manager and configure a VM with a preinstalled Windows Server 2008. But I wasn’t able to run this VM – I got a notification, that this wasn’t supported in secure mode.

Then I installed Windows 8 RP (32-Bit-Pro-Version) on that machine. As estimated, I wasn’t able to activate Hyper-V-Platform in Activate or deactivate Windows features (see sceenshot of my German dialog box), because the option was grayed out. 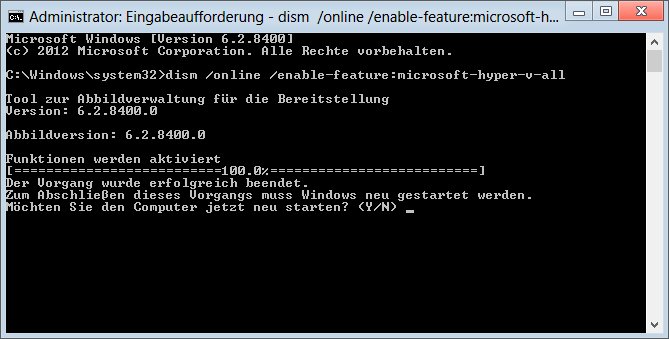 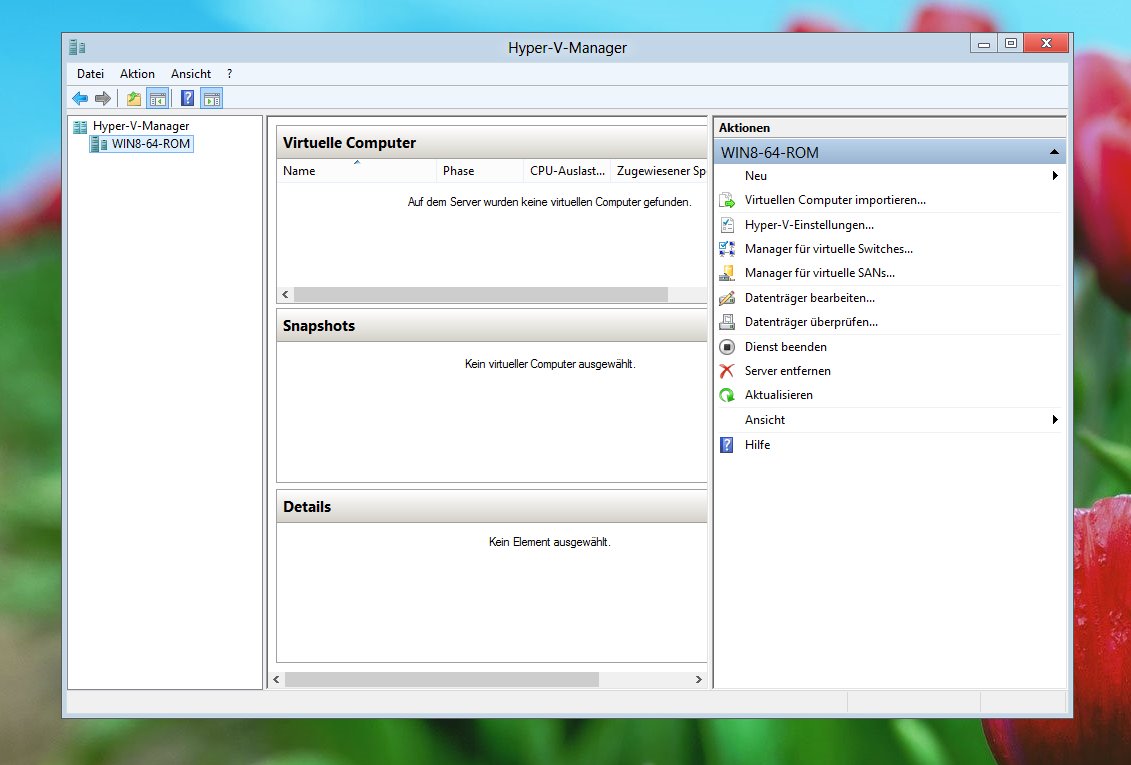 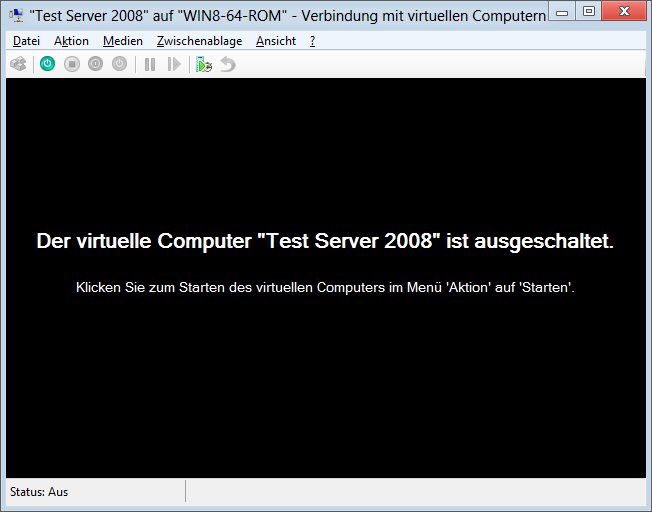 But I wasn’t able to run the VM using the run button because of an error dialog, informing me, that the CPU doesn’t support virtualization (Intel Q8300 supports VT-X, but no SLAT). 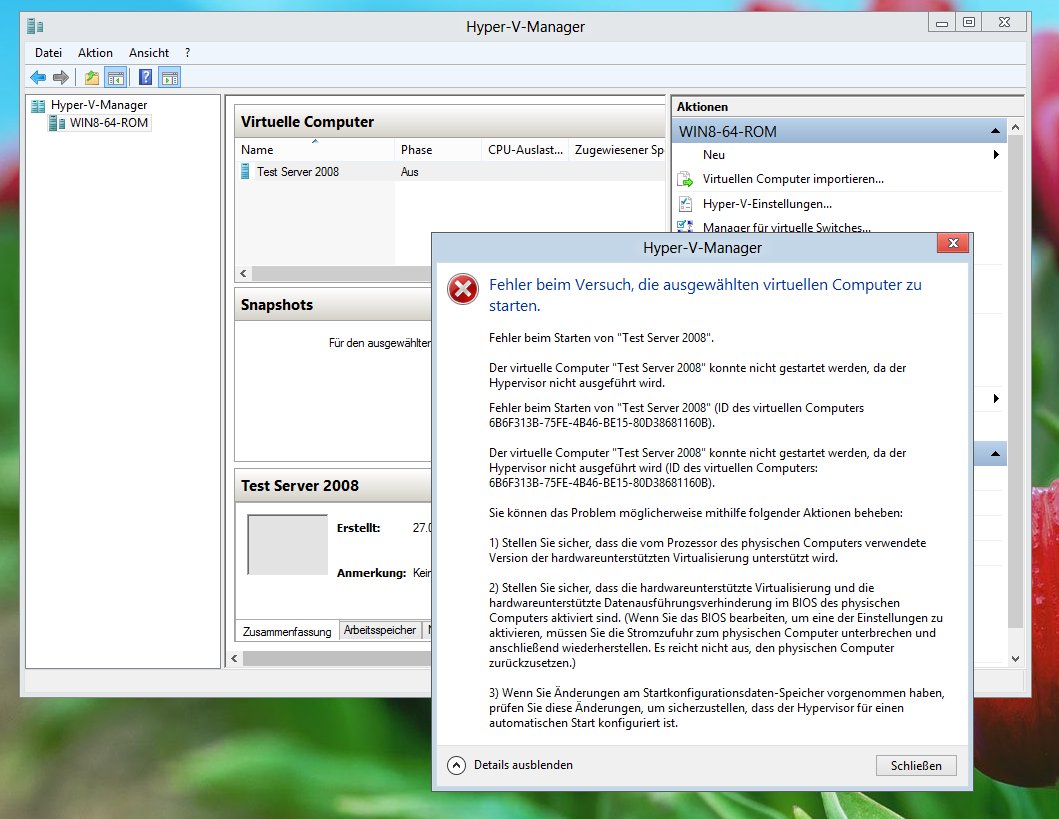 After adding a Hyper-V role to my Windows 8 client, I wasn’t able to run the hypervisor. But I was at least I was able to configure VMs in Hyper-V-Manager (because a Hyper-V-Server was already detected and shown). Maybe I will use Windows Server 2008 R2 or 2012 (which didn’t require SLAT support for Hyper-V) to run a VM – and use a Windows 8 client to connect to this server.